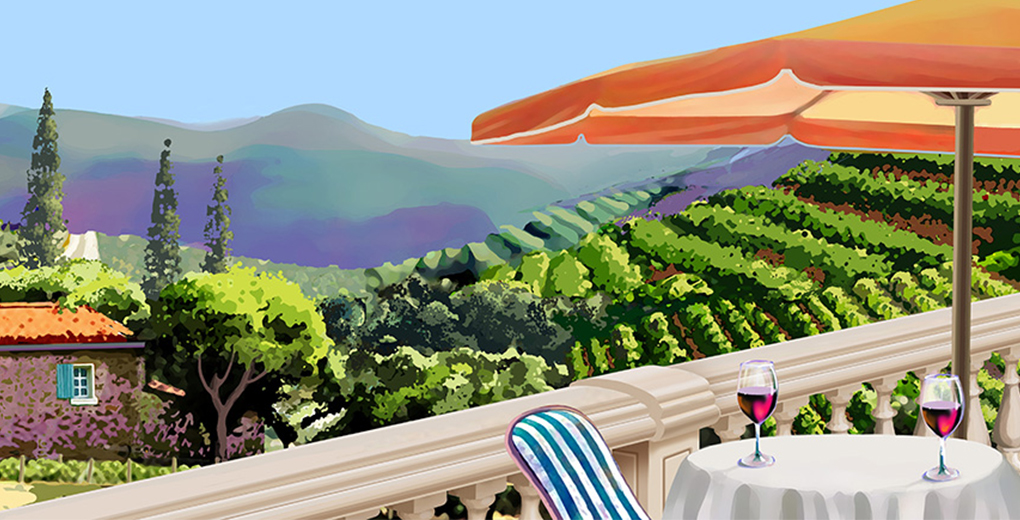 The grapes for Le Weekend wines come from vineyards around Pezenas in Eastern Languedoc, where the first vineyards were planted by the Greeks in the fifth century BC.

It was the Romans who really got things going in the late first century BC, planting loads of iturica, the ancestor of cabernet on the hillsides. Pezenas is a beautiful town, which rose to fame when it became the seat of the Languedoc parliament in 1456. During the 17th century it was the summer residence of the Prince de Conti, who opened his home to playwrights and artists, including the famous French writer Moliere. Today the old town is beautifully preserved and full of artists and artisans. There is a fabulous antique fair held every year in October…now that‘s a good excuse for a Le Weekend visit!